A weekly blog, by author Leslie K. Howard, filled with spiritual, uplifting thoughts to help you get through your week

Open Letter To Our Leaders Regarding Gun Massacres In Our Schools 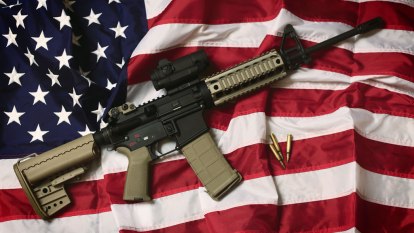 I am moved to write you after viewing on television what happened to the students and teachers at Marjory Stoneman Douglas High School in Parkland, Florida.  It made me both sad and angry.

The Columbine Massacre occurred Nineteen years ago.  Since then there have been Twenty-Five  active fatal shootings in schools alone, not to mention public places like Vegas.  When is enough, enough? I’m angry because you have the power to do something but you won’t.   You get on the television and on line and say things like “Something has to be done” or “My prayers are for the families of the deceased and victims.”  Let me say as a Christian,  your words mean NOTHING!  The parents of these children can pray for themselves.  They have family to pray, friends to pray and ministers to pray.  Your prayers, though a nice sentiment, is not what we the citizens of the United States need.  We did not elect you to pray.  We do not pay you to pray.  You are elected to make laws that are best for the people of this nation!

Many of you say you are Christians, so let me remind you of what the bible says: “Suppose a brother or a sister is without clothes and daily food. If one of you says to them, “Go in peace; keep warm and well fed,” but does nothing about their physical needs, what good is it?” ~James 2:15-16

You haven’t really moved on this issue since Columbine, some say it’s because of the gun lobbyist, regular citizens who are gun owners or the NRA.  Many say but I have a right to own guns.  Well I say what about those who have a right to live, go to work and go to school?

Semi- automatic guns have no place on our streets. They are weapons of war.  They have no place in our schools.  They can’t be used for hunting because they would decimate the prey.   Make a legislation to abolish them.

I am calling now for all citizens of this nation to demand our legislators do their job and protect us. If the officials don’t, then it is our job-our duty to vote them out!

I hope this letter will move you, our nation’s leaders, to do something about this matter.

Concerned Citizen of The United States of America